The brief time we spent in Northern Ireland and Ireland was not enough! If, no when I travel back I’ll rent a car and buy a tent these would be key. The long and narrow windy roads that lead one through the lush and picturesque lands need time to be appreciated. We stayed at the Vagabonds hostel in Belfast, Northern Ireland which offered a chill vibe, an authentic backpackers hostel with staff like extended family. Making friends had never been so easy, especially with some hardcore games of cards changing polite interactions into humorous ribbing and razing. 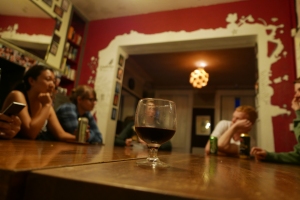 The Cliffs of Moher are a must for anyone travelling in these parts. With the longest cliff drop a heart racing 700m, they made my internal alarm system go off approaching the edge. Sitting on the edge gocking down with my heart in my throat, I didnt appreciate the shear drop until walking back and seeing the tiny people dwarfed by the gargantuan cliffs. We did a tour via bus stopping at different spots from fairy trees with supernatural influences to amazing rock formations.

Our brief and final stop in Ireland was Dublin. We were well informed about the history of old Dub’ by a funny and energetic walking tour guide. We learned about a plaque commemorating a fake priest bolted on a bridge and a disturbing satirical story named A Modest Proposal, which involves eating humans. Of course the Guiness Museum was paid some attention, a modern interactive exhibit explaining the history and future of the company. And a pint of Guiness. We were treated with some beauty hospitality and conversation hanging out at a local pub. What started with one pint ended several hours later glowing and full from our new friends generous supply of deep fried godliness. Ready to shake a leg we had trouble with the door and were quickly inform by the drunken bar jester the proper way out, he left us with a hilarious set of curse words describing our inability to exit. We laughed all the way home. 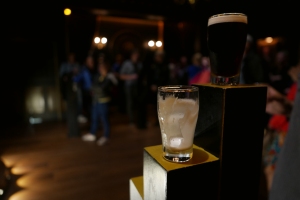