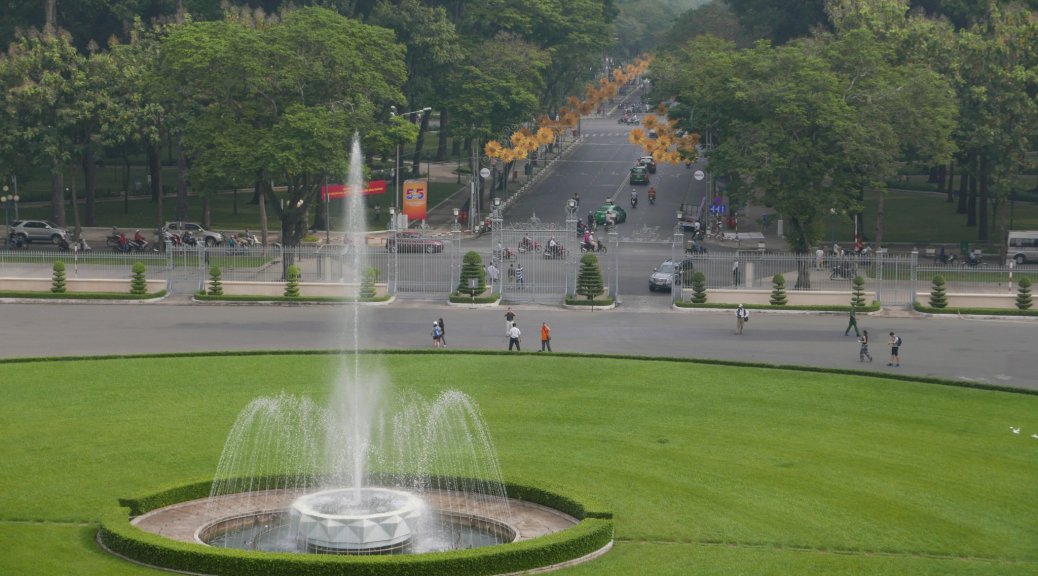 Saigon, also called Ho Chi Minh City, packs quite a punch! Not my favorite destination, but it’s a good starting point for Vietnam’s south. After being here for a day, I understand why people wear pollution face masks. Smog much!

Enough whining! The food here is awesome! There’s a brilliant blend of traditional Vietnamese food, along with a cuisine influence from the French – Vietnam was a French colony for many year. There’s plenty of amazing drinks too – from coffee to tapioca “bubble tea.” A taste for everyone!

While walking around the city, it’s hard not to notice the government communist propaganda. Images of strong workers side by side with soldiers and families – reminds me of the propaganda museums in Eastern Europe. Check out the photo below.

Saigon has really embraced motos – a low powered motorcycle. When crossing the road, it looks like a river of motos crisscrossing every which way. There are pedestrian crosswalks, but they’re mere decoration! No one ever stops – ever! You’re only option is to walk by faith into the madness and hope for the best! The strategy is to walk at a moderate and steady base. The steady part is most important, as drivers will dodge you, usually with a 3cm margin. Not for the faint of heart!

From Saigon we head further south to the Mekong Delta. Should be an adventure.