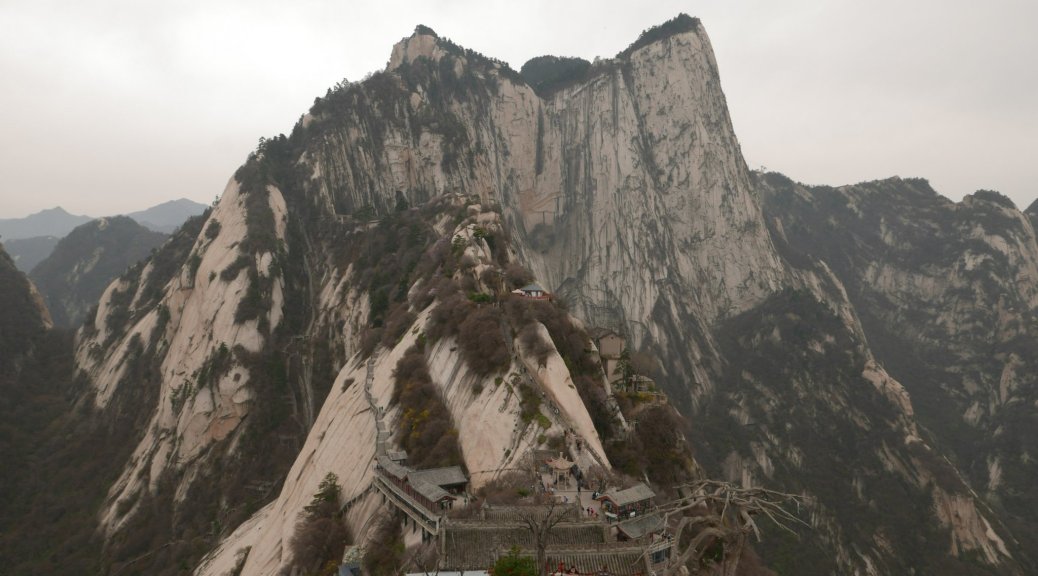 Xi’an is a city northwest of Shanghai, and is close to the world-famous Terracotta Army. This massive tomb for the first Qin Emperor houses over 8,000 terracotta soldiers, horses, cavalry, and chariots. It is such a massive complex that areas are still being excavated. It’s a real wonder to see.

We made another day trip from Xi’an to Huashan Mountain. This is considered a holy mountain, and has several temples/shrines that can be visited. You ride a gondola to the top that affords some breathtaking views. Once at the top, there are numerous hiking trails, glass bridges, and mini-gondolas to explore. It would be worth spending 2 days here to visit all the areas, but we had to catch the bus back to the city. Maybe next time!

From Xi’an we catch a bullet train to the capital – Beijing!