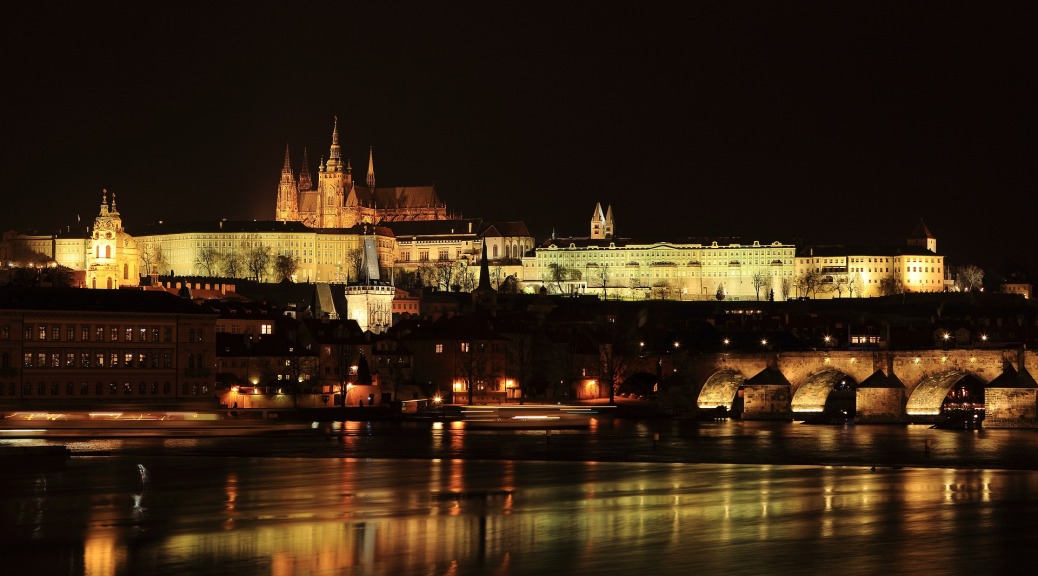 Prague, the capital of the Czech Republic. The palaces, cathedrals, and architecture do not disappoint, especially when they’re lit up at night! Prague has a great charm, even though it is buzzing with visitors. Upon arrival we walked 4km from the train stop to the hostel with our big backpacks – it would have been entertaining to see us dodging, bobbing and weaving through the crowds!

Prague is a city where it’s great to just walk around! The beauty of the city is evident when looking down most of the streets! And to beat the heat, we ducked into several basement pubs for a cold Czech beer! It’s great having beer cheaper than water or Coca-Cola! My kind of place.

We also stopped in the Museum of Communism, which gave a very interesting view of typical life in the country during the Cold War era. Prague played an important role in the eventual collapse of the USSR with its Velvet Revolution, in which it peacefully transitioned from a communist state to a democratic state. Fascinating history. We also checked out a memorial to the victims of communism – which is the ghoulish looking photo below.

We’re getting ready to head off to Vienna, Austria tomorrow. From there we head east! Until then!