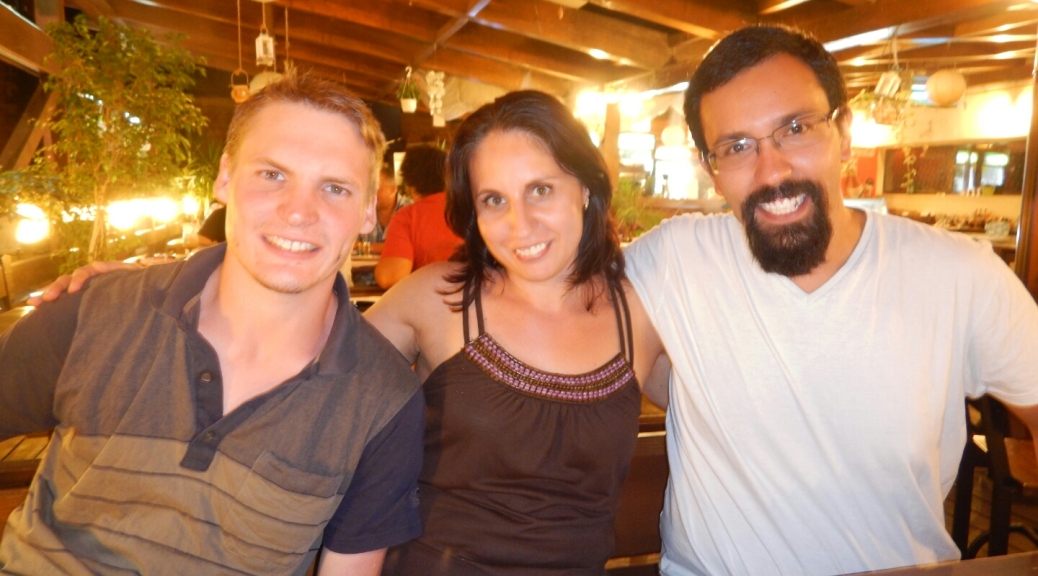 We hopped in the car with Bogdan and headed towards Romania’s capital. Instead of taking the direct route, we took the Transfagarasan Highway, which winds through the Carpathian Mountains. The highway and scenery are stunning – it’s almost hard to believe that a highway like this could have been built. If you ever make it to Romania, this is a definite must see!

Near the top of the pass, you can stop in at Balea Lake. The lake water is pristine, and the views are breathtaking. If you feel adventurous, you can hike above the lake to a pass that overlooks the entire mountain range. Once over the pass we stopped by the Poienari Fortress, which was ruled by Vlad the Impaler, the prince who inspired the Dracula legend.

We made our entry into Bucharest, where we stay for four days. While in Bucharest we’re able to meet up with Irina, whom Mike and I worked with back in Canada. The old gang is back together for 4 days! We had good visits and got caught up on each others lives. Good times!

While in the city we checked out a football (soccer) game, the FC Steaua Buchuresti. The game was quite exciting, especially as we were able to slip into front row seats. We also checked out the Romanian parliament building, which is absolutely massive! Quite a site to behold.

It is in Bucharest that Mike takes his leave back to Nova Scotia, with a stopover in Frankfurt. It has been a blast travelling with you Mike. All the best with your future endeavours!

Now Jon an I head to the Black Sea coast to the beach town of Vama Veche!