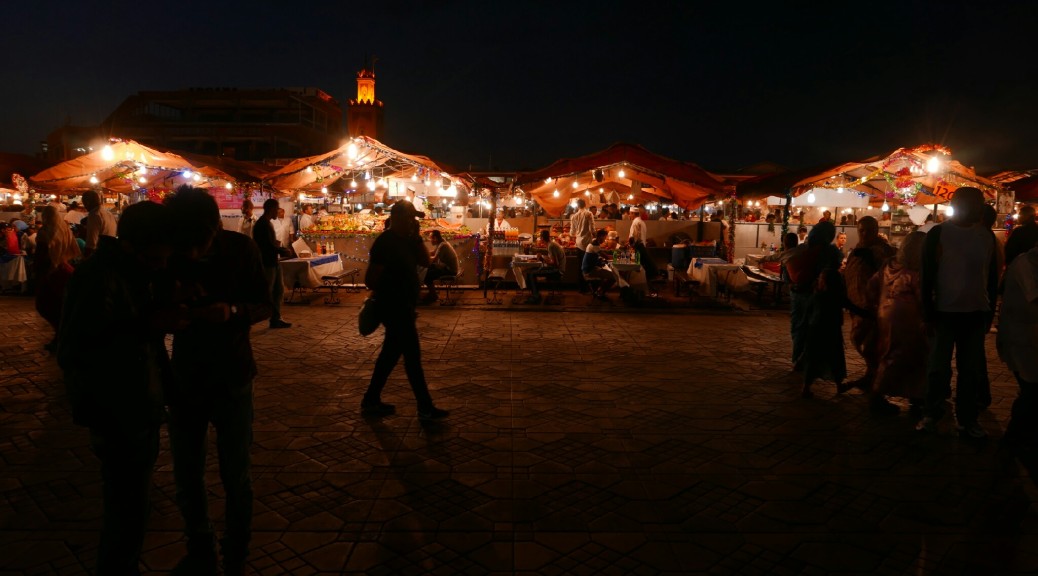 One small ferry ride is all that was needed to significantly alter the traveling experience. Right off the ferry we were whisked away from a few “official” tourist ambassadors. From a grande taxi to the medina we were delivered, my inexperienced travel mind thought ‘this is great’ chauffeured to the doorstep.  You’ve probably already guessed it, yes there was a catch. However this would prove to be the formal introduction to Morocco’s method of business. I was not prepared for the style of life we dove into, equipped with my unabiding avoidance confrontation. Adapt we did.

Fresh produce, spices, naan bread, cigrettes the list goes on of what one can find in a medina. Raw in your face aromas to acompany the aray of eye candy. I refrained from freely taking pictures as I did in Spain and Portugal because usually a mild photo surcharge was imminent. I felt uncomfortable capturing the poverty of the country and didnt want to romanticize the reality these people are living.  Tireless donkies loaded up with propane tanks travelling through the maze like alleyways will run one over if it weren’t for ‘balak!’, or watch out, being said by the donkey driver. Think farmers market with a twist, a twist of lamb heads, sugary pastries and no fixed prices.

‘I didn’t know i had some many friends’ one of our fellow combatants accurately said. My friend, my friend were probably the most spoken english words I heard in Morocco. Multilingual to boot, the shop owners can usually pick where you’re from and will most definitely have a friend, cousin, nephew or some anecdotal reference up their sleeve waiting to butter up the wallet. The price would generally not be revealed untill some social bonding occured and the right amount of “friendship” developped. Hospitable by nature and ready with sugar laced mint tea, I dont want to leave a bad taste in your mouth about my experience. Maybe thats what the tea is for.

We road a bus from Tangier to the mountainous Chefchaouen. Well known for its charming blue color it provided a relaxed-layed back scene to soak in. If British Columbia is the weed capital of Canada then Chefchaouen is our brother from another mother. Difference being hash is the preferred method. For a few dirhams a local will guide you through the mountains and proudly show you acres of maryjane. Nights on the riad roof top melted away with muscians jamming out and competitive card sessions.

Beyond the blue city are the Cascades d’Akchour. Getting there is alone an adventure by piling 6 plus the driver in a grande taxi, a 80’s brownish cream Mercedes D400. Oh and make sure you sit front middle like I did, its the best. Did I mention its all standard driving out yonder? A 30 minute ride later arriving numb but gleefully appreciative of the future memory, we started off to the grand cascades. A solid hike hopping on stones over a creek and beautiful scenes along the way its well worth it, one note: go on a weekday because the sunday we went was very busy. 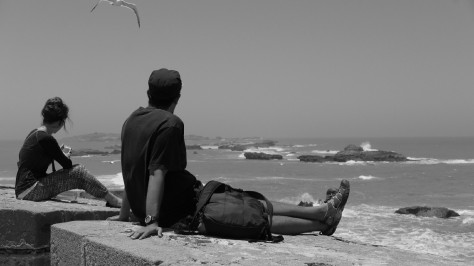 One thought on “Beginnings in Morocco”